Skip to content
HomeSelf-insightOn learning compassion
I suppose we learn compassion in many small and rarely very large ways.  Indeed, the opportunity to learn compassion is in front of us most days in multiple ways.  We are not always open to the lesson.  We do not always see the suffering of others and our connection to it.  And, on those occasions (for some rare) when we do feel our connection to other’s suffering, we push it away, repress it, or deny it because it makes us feel bad.  It is too easy to avoid feeling bad in the desire to maintain harmony with ourselves; a sense that we are alright.  As normal as this impulse is, it cuts us off from feeling compassion.  It limits our capacity to care for others both within and without our inner circle of friends and family.  The sad result is it greatly diminishes our ability to – if not directly ease other’s suffering – to not add to it unwittingly.

To put a finer point on it, our collective desire to avoid slight dis-ease, compounds other’s suffering.

I was contemplating this idea recently and it hit me very strongly that one of my defining stories is really a story of compassion.  It is a story about understanding how I contributed to suffering in an acute, heart wrenching way.  I am proud to say that I was a United States Marine (USMC) for 8 years.  The Marine Corps had a profound effect on my life and I loved being a Marine.  So much so that I really didn’t conceive of a Carl outside the Marine Corps.  It was my calling.  To accelerate the story, the USMC was putting me through college when Iraq invaded Kuwait.  I was serving with the 4th Light Armored Infantry Battalion at the time we got the call to deploy to Operation Desert Shield and later Desert Storm.

I was coming off duty supporting some patrols when I hear this loud explosion – obviously a bomb of some sort.  In the Light Armored Infantry, we basically act as a quick reaction or attack force using light armor (small tank-like vehicles).  They are small (in comparison to a tank), very fast and deadly accurate.  But, this wasn’t the sound of the 25mm cannon that commands the center of the LAV’s profile.  I was the NCO (non-commissioned officer) in charge of the mobile combat operations center (essentially I managed the vehicles and crew of the two LAV C2’s from which the Battalion Executive Officer managed the forward operations – the Commanding Officer was usually forward with the main force).  A LAV comes across the desert from the FEBA (forward edge of the battle area) toward us at extreme speed, passes us and continues down to our base.  I follow.

In the back of that LAV was a young Marine who had been disemboweled by an Iraqi grenade.  He was taken swiftly into a make shift operating room where a Navy surgeon went to work.  So did I.  As the senior communications person on site, I got on the radio with the Executive Officer with a quick situation report.  He was already aware of the incident and instructed me to get the kid’s blood type from his dog tags.  Off I go back into the medical tent.

I approach the tent and the Marine’s screams grow from a low rumble to an ear-splitting cry.  Unfortunately, my yell can barely be heard above the combined screams and commotion of Corpsmen and the doctor trying to help.  I’m nearly frozen by the scene itself – a seemingly primal and constant scream, blood and entrails all over, every one rushing around panicked, a doctor with both hands inside a young man – despite being trained to act in chaos.  I rifle through some clothes taken from the Marine on the side of the tent.  No tags.  Again brain freeze….  I yell my request again to deaf ears.  Finally, my training kicks in. I essentially jump to the table from where I was standing.  I reach around the doctor, pull back some hair, locate the dog tags still around his neck and read the blood type – A positive.  No one reacts as I swirl or become part of the chaos.

Back outside the tent, all I can think of is the scream (I’m not far enough away to not hear it) and A positive, A positive, A positive…  I get on the radio and call in the medevac.  All of that probably took 5 minutes.  It felt like 5 hours.  medevac is in the air immediately with the blood and another Navy combat surgeon.  Before I can really think about it, I hear the thump, thump, thump of a Marine Corps helicopter.  What I don’t hear… What I don’t hear is the Lance Corporal’s screams.  I thought I still heard them.  They were in my head.  But, the sound of the helicopter aroused me from my shock to a sad silence.  Not exactly silence – but an absence.

The young Marine died minutes before the medevac landed.  They loaded him into the medevac – all the while trying to revive him.  He never did.

Now, it’s really hard to tell how you’ll react to such things prior to them happening.  I was dazed.  I walked around in a fog for a couple of days.  But, things moved on.  And, of course, I found myself doing my job and doing it well.  The incident with the Iraqi grenade came before I had to fully deploy my skills in combat.  On those days ahead, while I did my job supporting combat operations – calling in close air support and artillery – I could never get that scream out of my head.  It continued to echo within my body.

The first Gulf War was thankfully quite short.  There were only a few real battles of note.  So, I didn’t have to be constantly confronted with this essentially existential crisis.  Sitting at my mother’s kitchen table, I finally completely lost it.  Just sobbing a pitiful, body writhing, crawl up in the fetal position cry.  Not just sorrow, regret – even horror – but also a complete loss of identity.  An acute sense of compassion for the enemy meant I couldn’t be a Marine anymore.  The deep sense of compassion for an enemy combatant was surprising and uncontrollable.  Even if it were, I couldn’t contemplate who I would have to become if I worked to rid myself of it.

And, it is the sole reason I left the Marine Corps.

Alone in the dark… struggling through fear…
February 19, 2019 No Comment 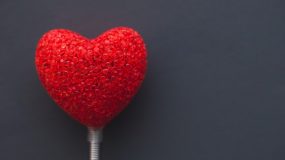 Committed to you… on fluidity in relationships
June 24, 2019 18 Comments 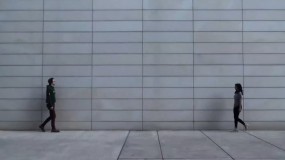